High-rise buildings transform city skylines into distinctive silhouettes and they provide a considerable volume of residential accommodation as well as numerous workspaces on relatively small building plots. In Germany, high-rise buildings are defined as buildings in which the floor level of at least one occupied space is more than 22 metres above ground level; from 150 metres upwards, one speaks of a skyscraper. The head office of schneider+schumacher is located in the centre of Frankfurt, the city with the most skyscrapers in Germany, the tallest of which reaches a height of 259 metres.

“As long as towers have existed, aside from the structural challenges they pose, their shape has been determined by ambitious sculptural design because such landmarks are visible far beyond the area of their actual “footprint”.”
Till Schneider

Our Westhafen Tower is affectionately dubbed "the ribbed one" by Frankfurt’s population - a reference to the typical Frankfurt glass used for serving local cider. The tower marks an important entry to the city and its cylindrical shape is reminiscent of ancient Frankfurt city entry towers like the ‘Bockenheimer Warte’ and the ‘Sachsenhäuser Warte’.

When the Silvertower was commissioned as Germany's tallest building in 1978 (designed by Apel + Beckert + Becker architects), it caused a sensation with its smart, precisely detailed aluminium façade. It combined economic prosperity with the art of craftsmanship. This was omnipresent in our minds while we undertook the sensitive revitalisation of the building. 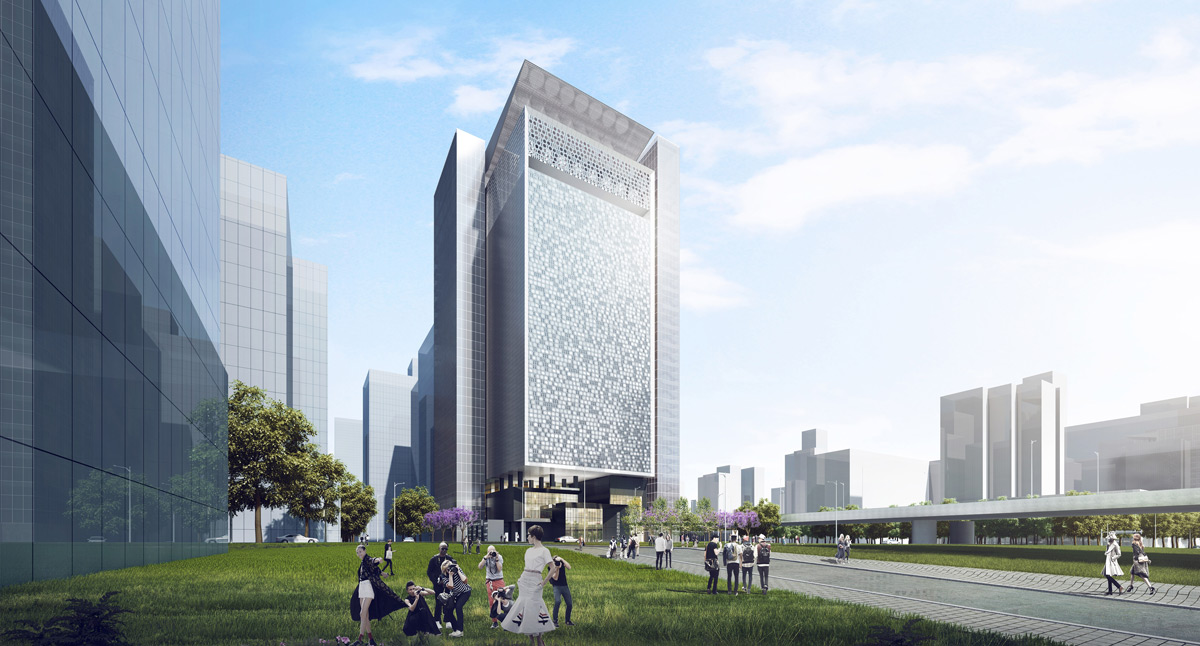 70 per cent of all skyscrapers and 9 of the 10 tallest skyscrapers in the world are located in Asia. schneider+schumacher is also working on several high-rise projects on this continent.
Qianhai Telecommunication Center in Shenzhen will be the world's first high-rise datacentre. While it is common practice for offices and apartments to occupy tall buildings, schneider+schumacher is applying this concept to datacentres for the first time. The majority of the floors of the nearly 110-metre-high building will provide space for up to 3515 mainframe computers. 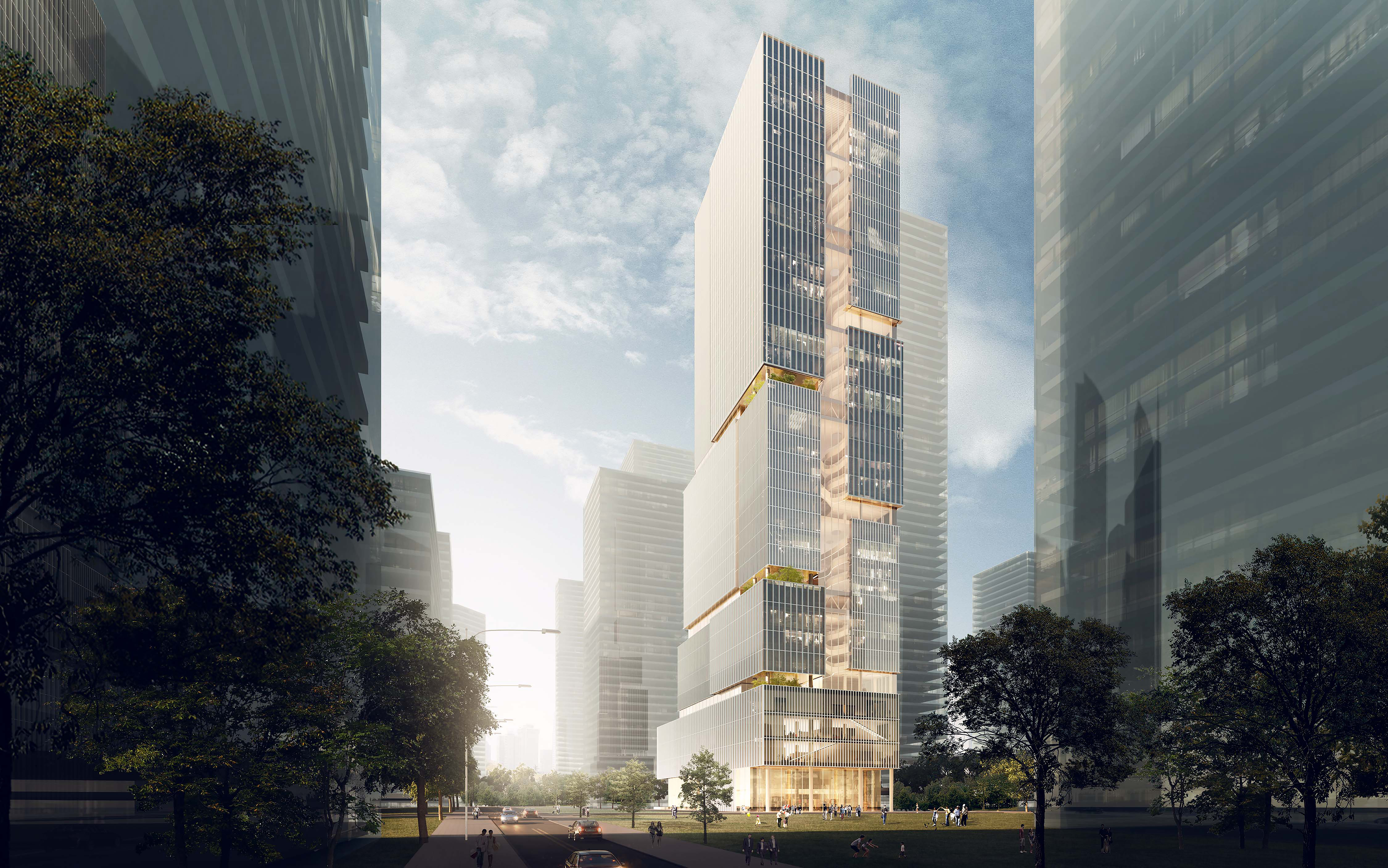 The 180-metre-high office tower in Shenzhen presents an unadorned façade, whereas dynamics and communication are central elements of the interior design. 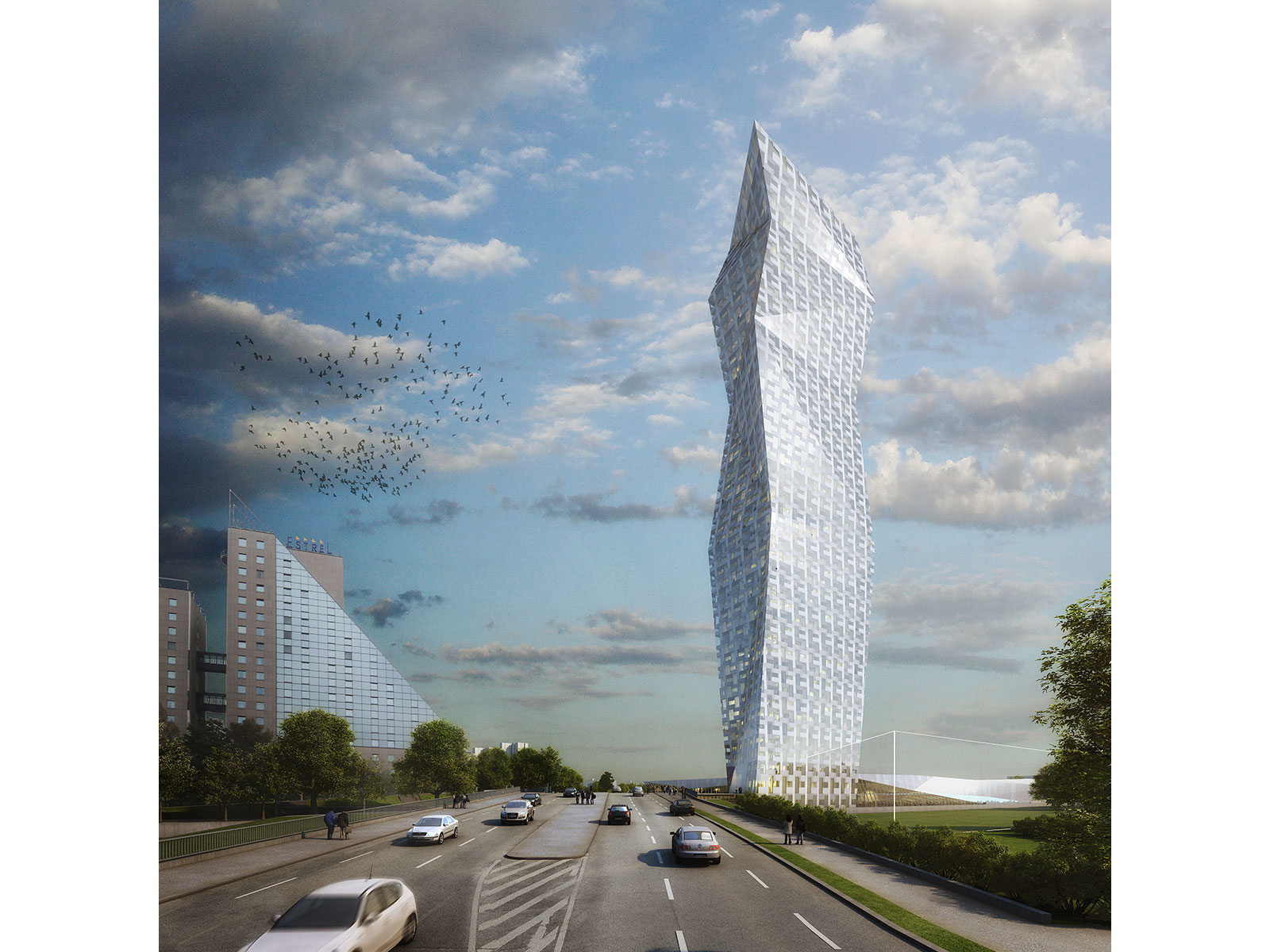 Marlene Dietrich and her unique pose provided the model for our design, which was awarded second prize in the Estrel Tower competition. The Estrel Tower is located in southeast Berlin, directly adjacent to Berlin’s circular S-Bahn network, the Ringbahn.